Why Ethics – because ethics is about what we do. Not what we think or how we feel, but what we do. And the environment responds to what we do. Earth is very Newtonian in that regard for there is a response to every action we take and to every form of energy or force to which the planet is subjected.

Why a Planetary frame of reference – because global is too small and selective a scale. Global is a human construct that allows us to focus on areas of interest while disregarding those topics and issues that are difficult to resolve or inconvenient in their timing relative to the preferred priorities of the moment. But mainly we need to recognize that we do not live on a globe, but on a planet – and operating at a planetary level means all topics have equity.

For example, there is a great deal of interest in discussing the global economy and global trade, but natural capital and the status of workers are local or national concerns – not global. But how does one have goods to trade without workers or have the assets to support the economy without the natural resources that make assets possible?

Our actions are the manifestations of our beliefs, which brings us to COP 21, the Climate conference taking place in Paris. Climate Change is a planetary issue as it impacts everyone and everything everywhere. Thinking of it as a global issue limits our scope of understanding its full ramifications over multiple generations, millions of species and billions of lives. Believing that the solution can be generated by countries signing an international agreement to act independently and voluntarily underscores our lack of comprehension about the seriousness, scale and timeline of the ramifications of climate change, sea level rise, and extreme weather events. Limiting our discussions to greenhouse gas emissions by ignoring the dramatic increase in volume of resident greenhouse gases in the atmosphere – the location of the gases that are actually triggering climate change indicates that we are still looking for, hoping for, solutions that are not overly taxing on our way of life.

Climate change and global warming will not simply fade away. On a daily bases humanity acts and behaves in a manner to insure their ongoing presence and increasing significance in our lives and to all life on the planet.

Through the cumulative, collective and continuous actions that we have taken is the current planetary situation the one we had sought to achieve? The existence of COP 21 says the answer to that question is no. On the positive side, COP 21 indicates that many are interested in being less bad when it comes to humanity’s impact on the environment we need to sustain us. But being less bad does not provide a solution – it is at best a stopgap measure and delaying tactic to an unfavorable and unpleasant outcome. If, however, we developed an ethical perspective relative to the Earth so that we behaved as if our lives depended on the planet, we would most certainly avoid the worst impacts of global warming and reverse the trend of negative climate change. 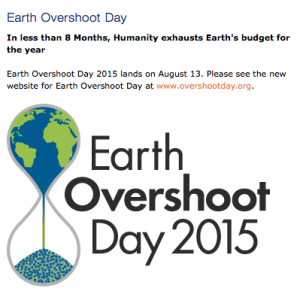 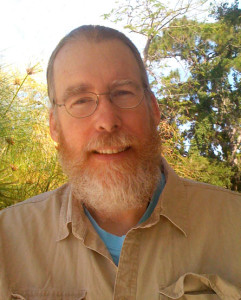 Tim is a planetary ethicist and the Coordinator/Developer of Environmental Studies at Ringling College of Art and Design where he teaches courses on green building, sustainability, creating ecological cities, applied environmental design and environmental ethics.

Tim is also a Coordinator for Sustainability in Design Education at CUMULUS. CUMULUS is the only global association to serve art and design education and research and currently consists of 198 institutional members from 48 countries.

Recent work focuses on the economic value of nature and nature’s services, and lectures at other colleges and community organizations. Previous endeavors include working with David Crane to jointly develop and teach the Green Building Seminar at USF/SACD. Tim is also involved in a variety of interdisciplinary projects in the US and Africa involving habitat restoration and protection, green infrastructure, local food production, and sustainability. Early research areas include Marine Mammals, Bats, Pelagic Birds, and environmental surveys.

He and David Houle are co-authoring a book on environmental consciousness entitled This Spaceship Earth that is scheduled for release in Summer 2015.

I am from the “forgive and learn” school of thought. I appreciate and admire those of the “forgive and forget” tradition, especially if they truly can forgive and forget. But at heart, I am a teacher. As such I want the lessons learned not forgotten or repeated. Peter Cooke clearly stated the condition I wish to avoid in the comedy routine the Frog and Peach with Dudley Moore.   When Dudley asks Peter if he has learned from his mistakes, Peter’s character answers: “I think I have, yes, and I think I can probably repeat them almost perfectly.  I know my mistakes inside out.”

We need to remember the things that did not work as we thought they might with the same fervor we use for celebrating those things that went right. For that is the way to acknowledge and embrace the need to ask better, more thoughtful, more thorough questions, to consider more fully the implications of the decisions we make and the actions we take in order to monitor and accept the responsibility of the results.

At a planetary scale there are no unintended consequences or side effects. There are only inputs and impacts that cause other things to happen – down wind, down stream, down time. No actions are in isolation. That is the bane and benefit of being part of an integrated system of mutual dependencies. As such we need to be cognizant of the things we cause to happen relative to the productivity, viability and verdancy of the whole network of interactions.

To understand, and hopefully resolve, many of the key issues with which we are faced it is necessary to think, act and design with a Planetary Consciousness.

I find that too many of the discussions, be it the economy, the environment and/or social issues tend to be viewed from the perspective of the priority of the individual topic.

What is increasing critical, as we move forward, is to focus on the nuance of the interplay of the different areas, especially in the context of the cumulative, collective and continuous needs, wants and desires of over 7.3 billion people. The discussions need to value and evaluate the interconnections, interdependencies and interactions of the different components and the ramifications of our actions on other and through time.

Earth is the only planet on which we can live – so thinking, acting designing in the context of its systems design is only to our benefit.

Please understand that the site is in the early phase of it its construction and activation. I am looking forward to expanding the content and the conversation.